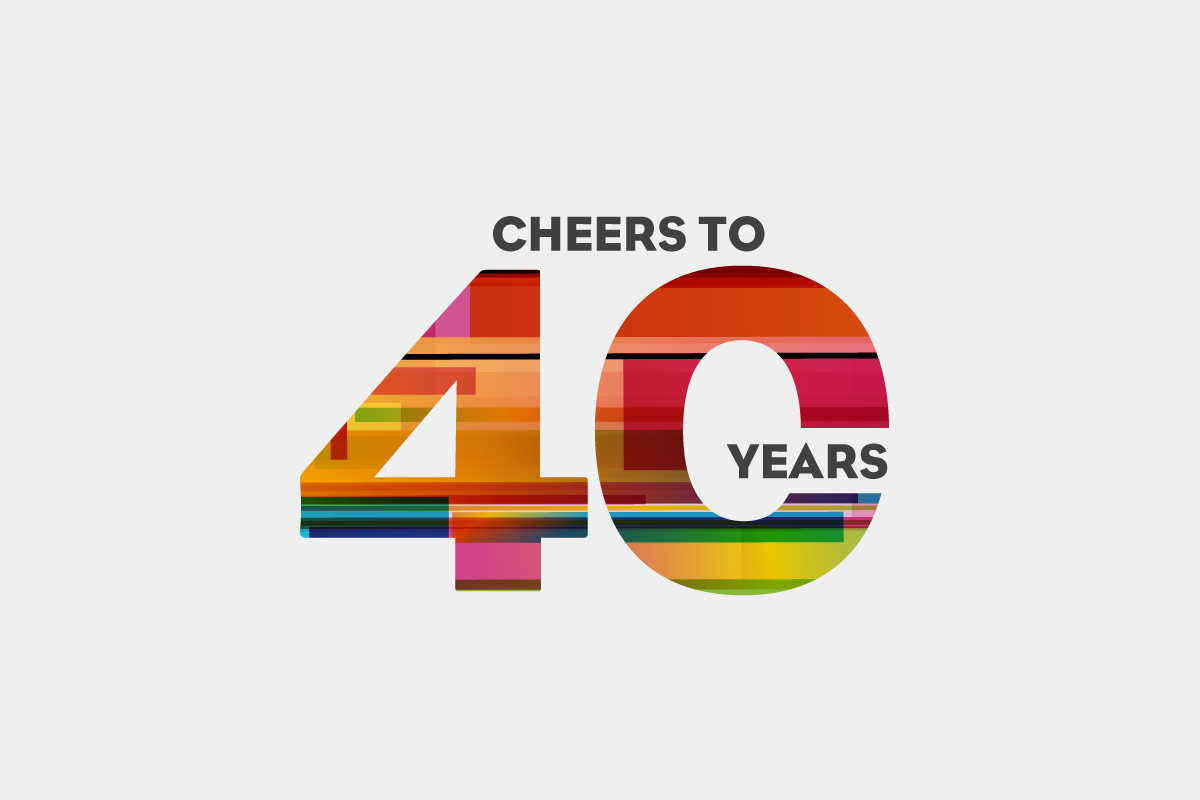 Forty years ago when we first considered naming our business, Dillon McCarthy sounded too much like Lennon and McCartney. And that seemed pretentious. It also sounded like a law firm. We explored several other options, but eventually we contracted our 2 names and came up with something relatively meaningless to us but later realized that we’d taken our two Irish names and made something Scottish. Nonetheless we’re Irish(ish) and decided on a green square in our logo. The type face was Compacta and the space below the c in Mc was the perfect spot for our green square. We were young and the name/logo was bold, sort of slap you in the face. No one knew who we were at that point so it worked for us.

The other tools of creativity were also different. Pencils, markers, t-squares. It was a world of typesetting, line counting, character counting, keyline and pasteup.

And then came technology. First copiers, fax machines things that seemed so space age at the time. But then suddenly a small beige box with a blinking screen and an apple on it made its appearance in the studio. I felt, looking at it, like the apes in 2001: A Space Odyssey regarding the great monolith. That little box changed everything.

In fact, the tools of creativity were about to change forever.

Overnight our logo looked out of step in this new world. It’s not that we were tired of the green square although the Compacta bold seemed a little too shouty. We no longer lived in the world of paper where that logo had come from, it was now a world of ethernet. Ideas, culture and communication whizzing by so fast it was hard to know where we were headed.

McDill Design had been moving along business-wise. We’d grown, won some awards, found our niche in the design and advertising world, so we dumped the green square and the fat type and created a new look that was toned down, with small, discrete type, and muted colors. To me it felt sophisticated, understated and super cool.

By the time we had stopped using layout paper, markers and drawing boards altogether, and printing was nearly a thing of the past, we had grown, and to accommodate this growth, we moved. Just across the hall but to a larger and brighter space. Our new office was modern and quiet and blue. Sleek brushed aluminum computers sat on everyone’s desk. We changed our look again, to something that was still understated but cool and clean.

That was more than 10 years ago and now, again it is time for a new identity.

Things seem not as they were but they still are even forty years later. The place, the look and the tools may change but imagination, inspiration and talent does not.